It is made of two parts: the sole and the cuff.

Contrary to what may be thought, the sole is made with composite materials, glass fiber and polymer, not carbon. It is only a surface decoration.

The structure is in two parts: the low part is the boot, the second part is a kind of plate wedging the whole upper part of the foot. 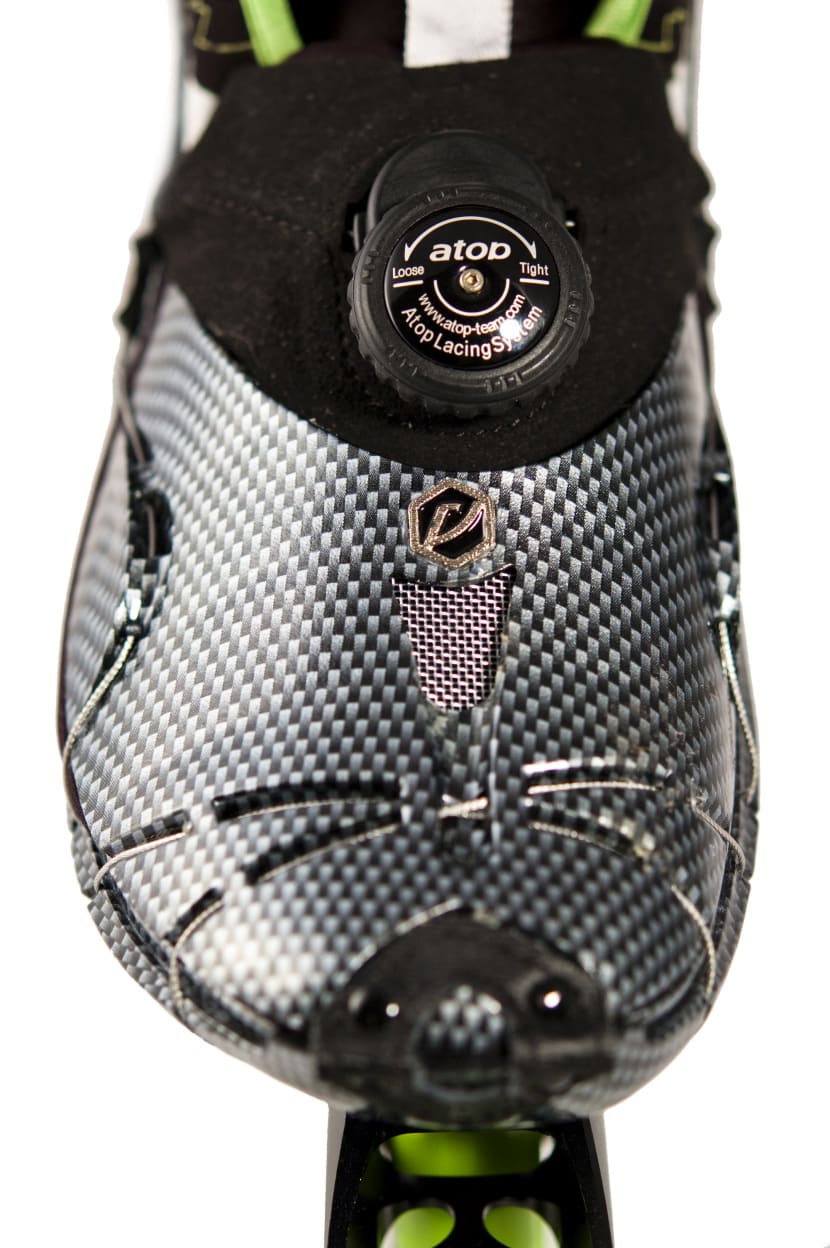 At the back, the boot goes up above the malleolus while letting some freedom at the Achilles tendon where it is quite low-cut, like speed skates.

The low part was particularly worked: It has an X structure with bulges meant to improve its rigidity and its solidity without adding material. And your foot can breathe thanks to two blowholes on the arch of the foot.

Another thing: the fixing inserts of the frame are small plates that can be moved frontwards and backwards in order to move your frame and optimize its position.

Warning: the boot seems to be cut on the small side. If you are size 40, size 41 will probably be a bit tight!

On the whole, the foot is well supported in the boot, with the sides slightly going up, and you do not feel any space or play on the sides… several dampers yet:

With use, the front of the foot is really wedged, maybe too much, while you have a bit more space on the top of the foot and the ankle.

In fact, the tightening system would have deserved to be placed higher on the foot in order to support better the top of the foot and less the toes.

The upper part of the ankle is well supported in the Vi 100 thanks to a rather rigid white cuff.

Curiously enough, the Vi 100 seemed to have a better support than the Vi SL.

The boot offers a satisfying general rigidity for sporty cruising. However it does not measure up to a carbon or fiberglass composite boot. It is perfectly suitable for cruising and trekking but it is not performant enough for speed skating oriented practice.

The front-back flexing is rather good and the cuff accompanies the foot once it has been broken in. The opening in the back at the calf is pronouced. Hawk-finish lovers will love it, despite the high top structure.

The ATOP tightening system

The ATOP tightening system is the key point of the whole Vi range. It is based on a simple principle: a cable slides around the foot and progressively moves closer the lower and upper parts of the boot. The foot is then progressively wrapped up when the cable tightens, like a boa constrictor.

The big advantage is the homogeneity of the tightening: you can feel that your foot is well supported in the boot and does not move. The drawback: you cannot adapt your tightening differently on the front and on the top of your foot, so that the toes may be too constricted compared to the top of the foot for example. Powerslide suggests to take off the inner sole in order to partly solve the problem… and you immediately gain in comfort.

The tightening is completed with two micrometric buckles which carry out their role pretty well.

The comfort is satisfying but conditioned by a good tightening

The Vi 100 is equipped with a removable liner (i.e. washable). The “thermoformable” mention is clearly announced on the top of the tongue, and you just need to heat it up in the oven (80 to 90°C) for it to optimally fit the shape of your ankle. It has its own laces.

The part covering the heel and the ankle is generously padded and the foot is comfortably settled.

If you are too tight in the skate at the front of the foot once your skate is tightened, we would advise you to take off the inner sole in order to gain in comfort.

The shape of the liner will fit better thin than wide foot. 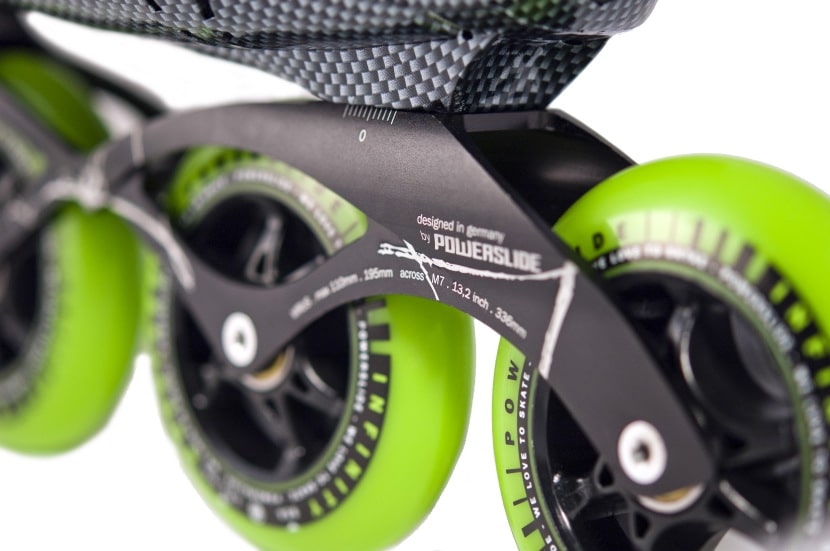 Frame: He who can do more, can do less!

Powerslide has a strong culture in speed skating, which is felt in the quality and the design of the frames! The Aluminum Vi frame which is equipped on the Vi 100 has no reason to be jealous of its big sisters of speed skating. It is meant to welcome 4 wheels of 110mm, even if it is set-up with 100mm wheels.

Let’s talk about measurements: 200 grams, 13’2 inches i.e. 336 mm, a 195 mm center distance and ??? It is then a rather long frame. With a 4×110 set-up, it will suit better big skaters, with power and a good technique. The advantage of the frame is that it makes the Vi 100 quite a progressive model, as you can increase the diameter without having to buy a new frame.

The manufacturing seems to combine extrusion and machining, which is rare for a mass-produced skate, given the manufacturing price. The Vi frame is equipped with 3 bridges which offer a great rigidity on the central part and more flexibility at the edges. This design is a bit easier to handle. The design has really been worked closely, all the material that could be taken off seems to have been suppressed. Its shape is light and it is not at the expense of its performance. A little bonus: let’s also note the presence of millimetric measurements at the plates in order to refine the positioning to the boot. 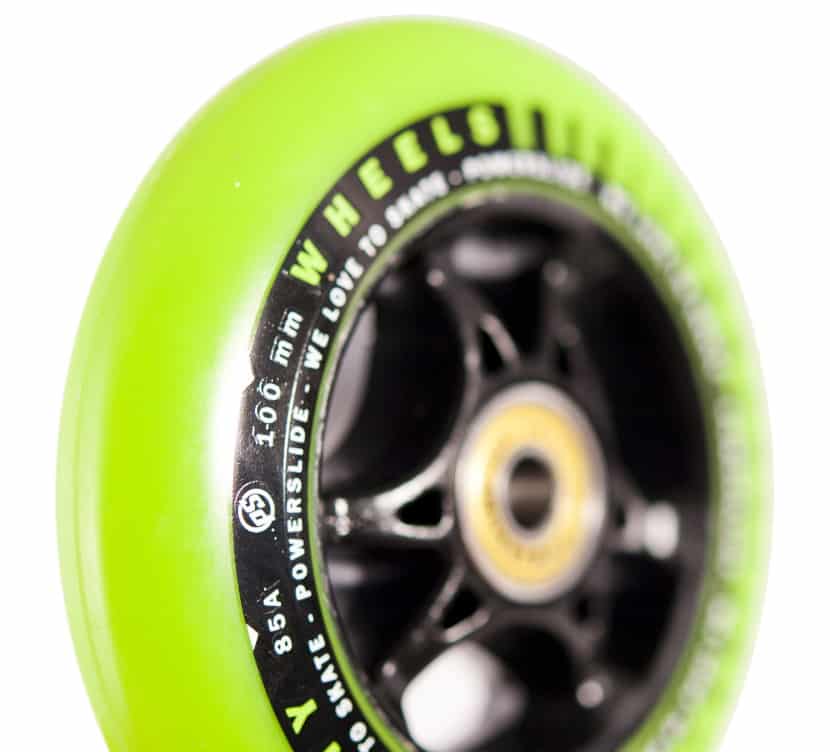 Powerslide opted for green Infinity wheels of 100 mm and hardness 85A. It is the low-end product of the German brand. They weight 134 g each, which places them in the medium-high range as for 100 mm wheel weight. the 3×2 spoke core seems to have been reinforced since the previous editions. It looks more robust.

The rebound test is satisfying and the wheel goes back quite quickly to a good height. With use, the Infinity gives a feeling of thinness the first time you skate with them, as if the rolling stripe was very narrow. The rolling is reasonable but not exceptional. The grip on dry ground is good, but is becomes medium to low on wet ground.

The Infinity is a good basis to start with, but we would advise you to change later for a more sporty model like the Matter Image for example, it will offer more rolling.

Bearings: a sure bet

This year again, Powerslide renews its confidence in Twincam. Moreover the brand has been  equipping most of the brands on the market for a good while now. The Vi 100 have ILQ 9 bearings with metal discs.

The screws are standard

The Vi 100 are equipped with standard speed skating screws:

* frame fixing screws with 6-side head (normally, everything is in torque at Powerslide’s but we tested a sample)

The boot has a pleasant general looking and the finishing of the sole is perfect. Warning however: the carbon-like decoration film covering the boot flakes away quite easily.

The seams of the liner are clean and Powerslide even added a velcro at the heel so that the liner does not dissociate itself from the boot. Let’s note the presence of many blowholes, on the liner and under the boot.

For 299€, Powerslide puts on the market a skate with an interesting and progressive potential.

The tightening system is simple and quick and will seduce skaters who like it quick and with maximal tightening. Some will love the feeling of having their feet totally supported by the tightening and others will just feel oppressed, it’s a question of tastes.

The aluminum frame is light and of good manufacturing. 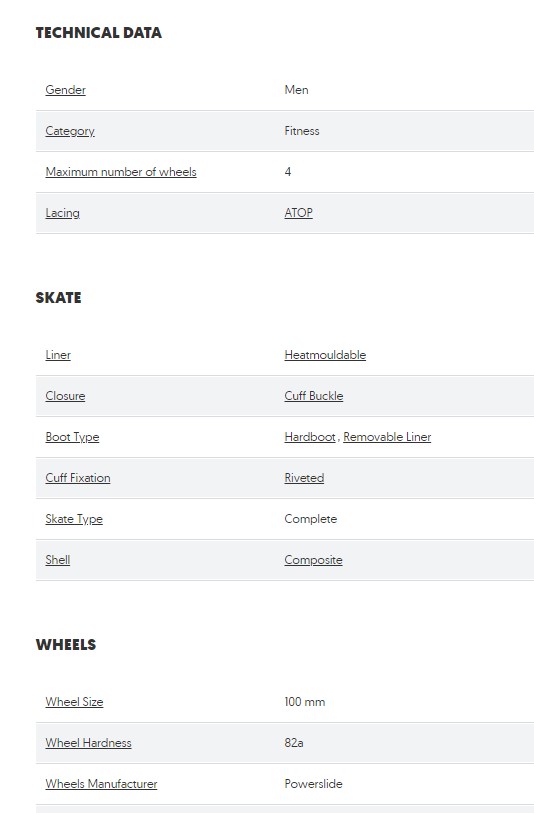 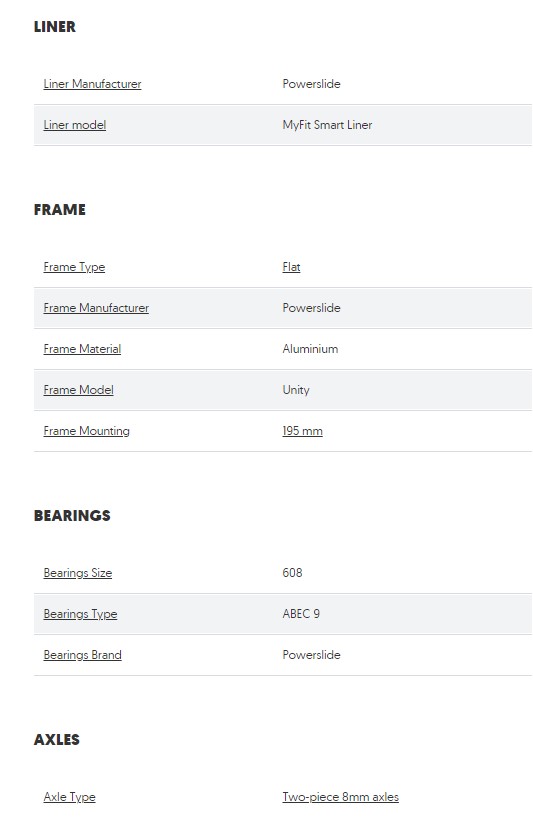 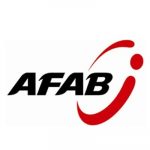